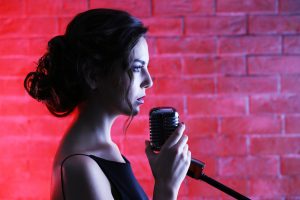 Ever feel like you’re talking to an alien when you express your feelings to your lover?

Um, yeah, that was the case for me and my then-partner several years ago.

I would explain and explain my feelings. Nothing would land until I was pushed to the point of frustrated tears.

If you relate to this, before you blame your partner for being an alien, ask yourself:

Why do you feel the need to explain?

Here’s what I didn’t understand and learned the hard way.

It’s not your job to come up with a solution.

It’s not your job to try to overcome feelings.

It’s not your job to feel guilty about how you feel.

It’s not your job to justify what you feel.

It’s not your job to fix your feelings.

It’s not your job to fix or take care of anyone else’s feelings.

And not blame anyone in the process.

Ok, so now that we got that out of the way…

What does expressing feelings have to do with libido?

When I read the following description in Healing into Consciousness by Mada Eliza Dalian, all kinds of bells and whistles went off, regarding the connection between self-esteem, expressing emotions and being freely expressed sexually:

“When a child adopts his/her parents or society’s conditions or inhibitions around sexuality….the child learns to fear pleasure and punishment. In order to fit in and be accepted, s/he also learns to control himself/herself…. in the same way s/he was controlled. Later in life, he/she struggles with poor self-esteem and feels unable to freely manifest his/her innate power, creativity and unique gifts.” -Mada Eliza Dalian 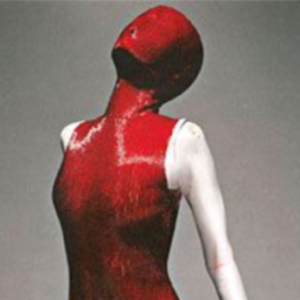 These words were jumping off the page.

Exhaustive over-explaining, over-rationalizing, over-justifying feelings, and over-controlling feelings comes from lack of confidence in exposing feelings and feeling them fully without apology (vulnerability!).

Until fear of ‘being taken advantage of’ or ‘the fear of being hurt, betrayed, or abandoned’ is healed through our our sexual bodies, low self-esteem and self-doubt persists, as well as that kind of ‘explaining’ because we don’t feel safe expressing our emotions.

Traditional talk therapy lets your emotions funnel into your brain, which continues to go on compartmentalizing your emotions, reeling around in the same stories over and over again, often without resolution, only appeased with relief that you didn’t keep it inside. But the pattern of “justifying your feelings” persists instead of just feeling them and expressing them.

And how can emotional insecurity be healed through your brain, when deep in your body there’s a feeling that your sense of belonging is being threatened if you don’t comply with the sexual taboos or conditions that were adopted from our parents, religion, siblings, or lovers?

Wouldn’t you be healing two needs with one deed?

Sexual taboos that we unconsciously adopted from our parents and society get unleashed when we express ourselves fully through sex without being stifled by what we think we ‘should’ or ‘shouldn’t’ be doing. Likewise, if we can give our voices the same freedom to become unleashed for expressing our emotions, without explaining, then we strengthen the muscle of feeling safe expressing our emotions without being in our heads.

When you harness your mental focus toward the sensations in your body, it’s easier to express emotions without being in your head (the porcupine needles calm down!).

You can do an experiment by giving sound to the sensations you’re focusing on without having to form words. Whatever comes organically—primal grunts, deep sighs, angry heaves, airy sighs—whatever the particular sensation is aching to say, let your voice take over. This helps you get in touch with your emotions without being in your head. You can also practice this during sex, but it’s even more effective and powerful when you have a safe space on your own to do this, so you can really unleash your vocal confidence before being in the presence of a lover.

And this is how finding your voice with an unleashed libido boosts your confidence.

You become so tuned in to your body that you can give voice to your emotions, simply by expressing what you feel moment to moment.

Was this helpful? Would you like support with your sensual and emotional expression? Check out Sacred Sexy Permission :  A 6 Day Course.