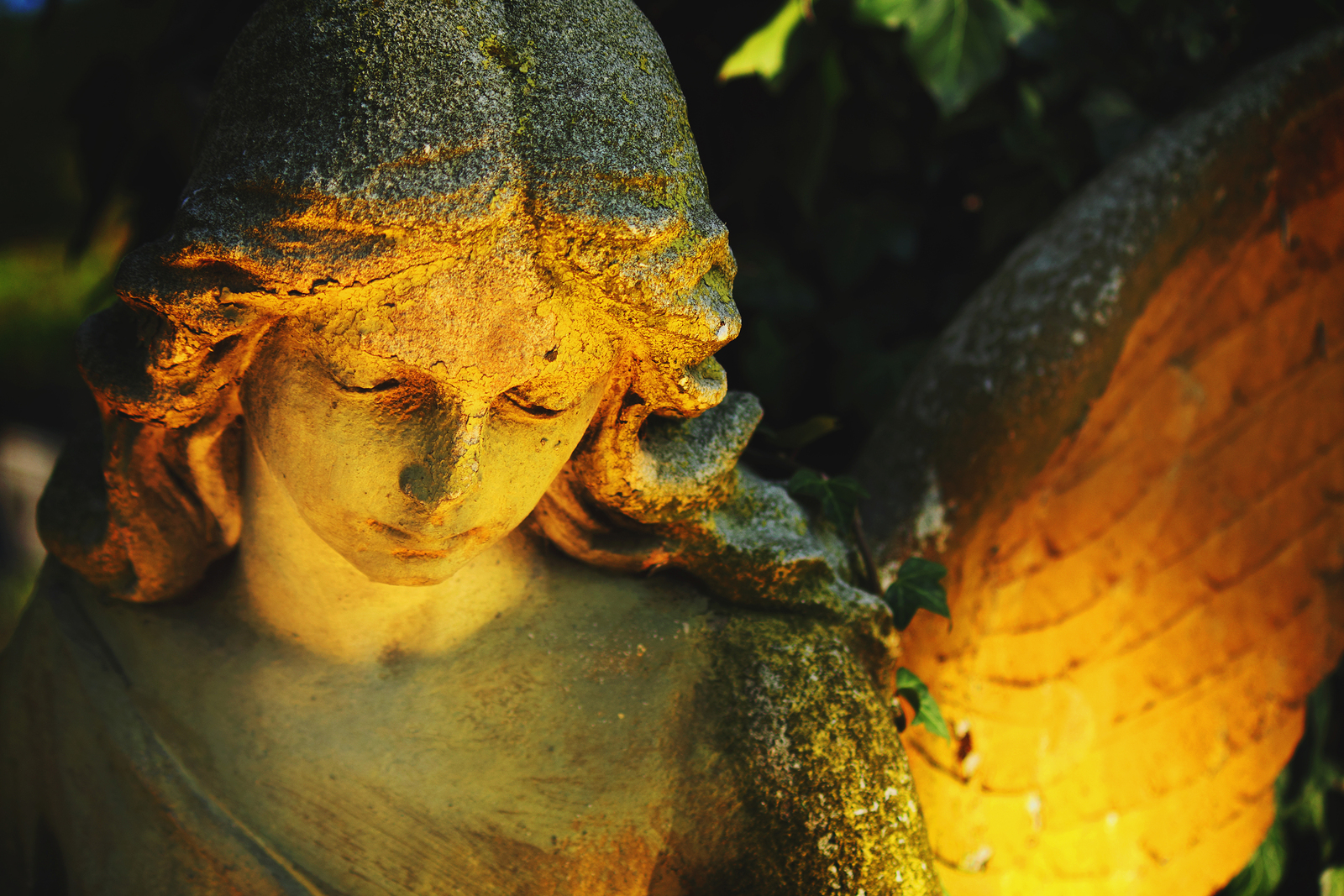 The air was heavy and dense. Walking into her room felt like being enveloped by a drug that sedates your body and comatoses your brain. Earlier in the day I’d plugged in a diffuser and filled it with invigorating lavender oil, but it was masked by a scent much more powerful.

The scent of death is the smell of many things. If you can imagine halitosis, mixed with fungus and decomposing liver in a compost on a humid day, it smells like all of that.

My boyfriend’s Mom, Mrs. Ashley, had multiple strokes the week before. By the third stroke, she could no longer speak and the right side of her body was immobile. When she flicked the oxygen tube off with her left hand, she looked her son in the eyes with a penetrating stare, signaling him that she wished to let go of all medical intervention. She stopped eating, drinking and taking her medication. She was ready to go.

Without morphine and oxygen, all she had to get her through any pain was her breath and her voice. Her mouth was open, and the intervals of her moans became more and more frequent.

These moans were difficult to hear.

To take her thoughts elsewhere, my boyfriend played her favorite music on his iPhone.

And I massaged her feet to the sound of Mahalia Jackson, Nina Simone and Aretha Franklin, with cream from the hospice care package. Her toes were crusty, and hard. Her ankles were swollen and black with leathery like layer of skin. I massaged her feet imagining my touch could affirm the places her soul was traveling with Mahalia’s gospel. Perhaps I could make her feel like she was dancing, I thought.

“I don’t want her to be in pain,” my boyfriend said. He was uncomfortable with her discomfort. “But I also want to respect her wishes. Should I give her the morphine even though she pulled away?”

Seeing anyone suffer is hard enough, but seeing someone you love suffer is even harder. Especially when you want to do the right thing.

One thing I knew for sure is that being with someone who is afraid of the pain you’re experiencing isn’t helpful. It’s like when someone gives you pity, and what you really need is empathy. I also knew she clearly requested to move through her own pain in her own way, not in someone else’s way.

“Just pause for a moment.” I said. “Then you’ll know for sure if it’s an impulse to change something you have no control over or if your intuition tells you it will truly ease her struggle.”

This 90 year old strong willed woman who’d raised two children single handedly, survived two husbands, grieved through the loss of her murdered daughter, been a pioneer in the civil rights movement, mobilized change for black women, been accepted in a PhD program, was an executive director at an Urban League affiliate, was a competitive Scrabble player and the Co-Founder of an AME Zion church deserved to have her strength met with dignity. Just as her leadership required strength, so did her journey in letting go of control of life on her own terms. And we needed to respect her terms for dignity.

Mrs. Ashley’s hands were still warm. There was so much love expressed in the way she held my hand, and it occurred to me this kind of presence is rare.

And there’s the kind of hand hold that feels just present and loving. That’s how her hand felt. Present, with motherly and grandmotherly love.

Returning the way she held my hand with love and presence, no matter what pain she was feeling or facing in her final stages of life, was perhaps the most significant thing any of us could do. And we didn’t need to know each other to honor that exchange.

Afterall, I’d never met Mrs. Ashley before I met her in the hospital a few days earlier.

“This is my girlfriend Krista, ma. She flew all the way from California to be here.” My boyfriend said when we entered the hospital two days after her third stroke.

She reached out with her left hand and held my hand firmly.

Back in her apartment during the hospice phase, we continued to improvise all the ways we could make her feel loved. Roses, candles, and sage were the sacred essentials for moving through this ultimate human portal from life to death.

After several hours of moans and long spaces between her breaths, Mrs. Ashley opened her eyes wide and stared intently at the air in front of her. It was as if she was seeing a profound truth, and she was registering how it contradicted everything she’d believed.

The moan that followed wasn’t like any of the others. It was distinct and clear, not indiscernible discomfort or pain. If her moan had words, I imagined it would say, “Ohhhhh, I see”.

I couldn’t help but to think that as her body weakened, her spiritual life got stronger. Humans are so much more resilient than we could ever imagine, especially after four days with no food or water.

We’ll never know exactly what she saw or what she realized in the moment that she was staring into space, but over the next few hours we saw peacefulness and youth come back into her 90 year old face.

As Mrs. Ashley’s older best friend said, “When you go through life’s hardships, you learn to rely on yourself through them. And letting go of that control isn’t easy.” Yet, Mrs. Ashley seemed to have accomplished this ultimate surrender while she was still living.

According to hospice stats, only 10 percent of people die suddenly, and 90 percent die slowly. That means 90 percent of us have the chance to truly face our pain and let go of the struggle before we die.

To be part of this process was one of the most intimate, moving, beautiful and profound privileges in my life. It made me understand we all deserve nothing less than to be surrounded by love and to be witnessed for our pain and our potential for peace.

In her essay “A ‘Downwinder’ in Hiroshima, Japan” : “The Japanese have a word, aware, which speaks to both the beauty and pain of our lives, that sorrow is not a grief one forgets or recovers from but is a burning, searing illumination of love for the delicacy and strength of our relations.”

I realized this significant passage of life is when we all face our ability to give ourselves over to the unknown, no matter how much our human nature is to be in control. It affirmed to me the more we can face letting go of control in our own lives while we’re still living, the more chance we have to live our lives with joy, peace with grace.

I know the times I’ve released either physical or emotional pain through somatic modalities (therapeutic processes that work with the body to connect to spirit), I always reach deeper peace. And witnessing this gateway from life to death was exactly the same process. This made me think, why not surrender to what life has in store for us sooner rather than later? Why not face our pain sooner rather than later and let the peacefulness run through our veins and so we can release our struggles and enjoy life’s journey with grace….. before we die?