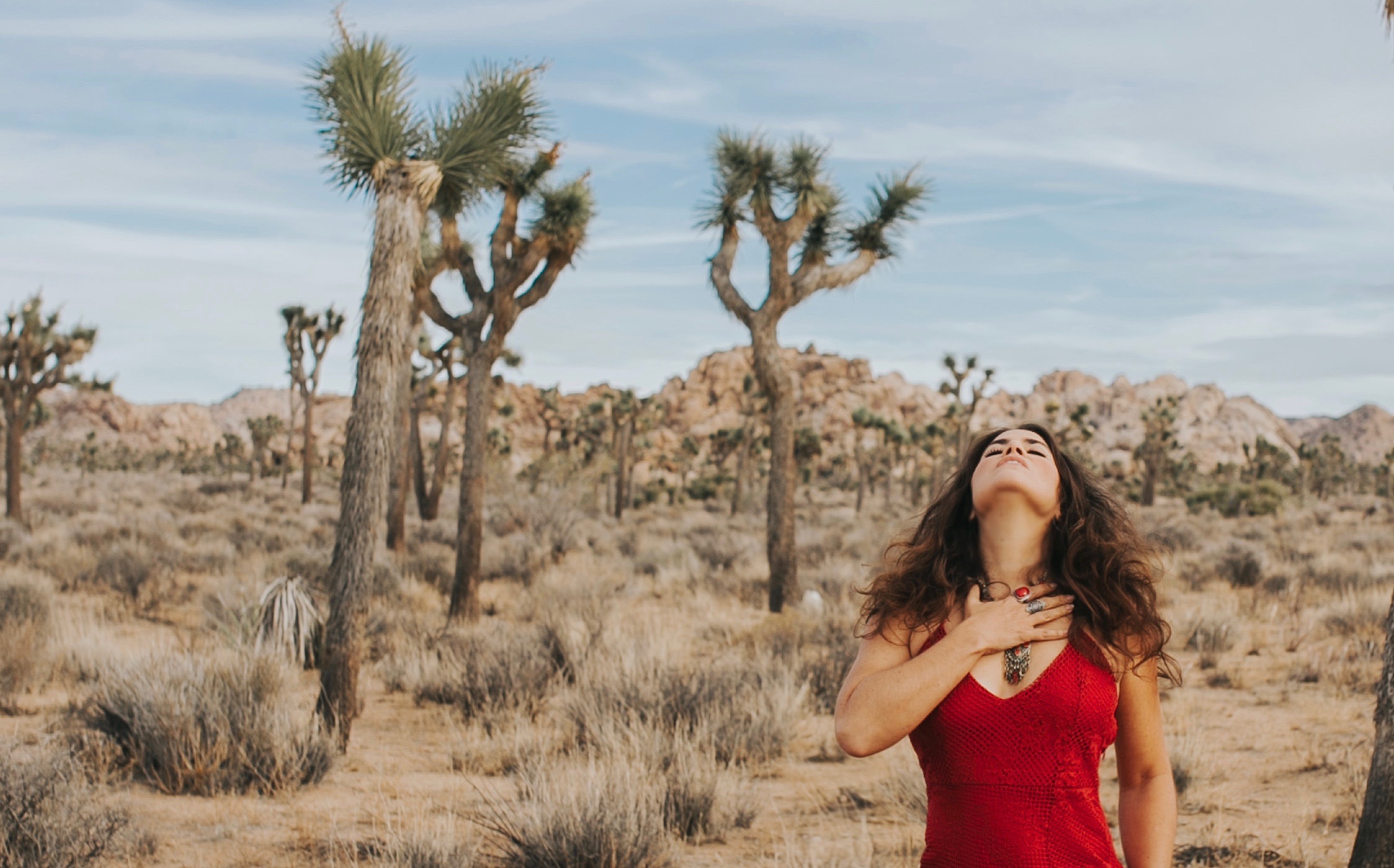 Have you noticed how people are talking more and more about boundaries?

Terri recommended setting up boundaries without offering any explanations, for example saying “I can’t do that right now.”

Danielle Laporte then asked, “How do you get over the fear of being rejected or not being liked when you say that?”

Terri replied, one way to get through the anxiety of saying no, is knowing that it’s at the expense of yourself.

While Terri’s suggestion is helpful for getting into the right frame of mind, I’ve found the problem is that, even when we know that we’re compromising ourselves, it doesn’t address fear physiologically. We all know fear in our bodies can stop us in our tracks, have us running for the hills or fighting back with a vengence.

I recently found myself in the position of knowing I needed to speak up for a boundary, but the hurt I felt in the moment literally froze my voice.

First I shut down. I could barely face the person who had stung me with their words, let alone speak. When I was no longer around them I cried.Then I was pissed. I knew I wanted to put up a boundary. But I wanted to do it in a healthy way, without being defensive, and still take ownership of my own feelings that this person happened to provoke.

First stop: I called my therapist.

“I want to speak up for my boundary in the moment” I tell her.

“Do you trust the feeling of something being off?” She asks.  “Sometimes we grow up in environments when something feeling off, was made ‘ok enough’ by those around us.”

I nod my head in deep recognition as she says this, and give myself a pat on the back knowing that years ago I wouldn’t have been able to even recognize that something was ‘off’.

“In this case I had no trouble knowing this person’s behavior was not okay with me, I just literally didn’t know what to say in the moment.”

My therapist then gives me suggestions about what I might say the next time I find myself speechless, when I know something is off, such as:

“Do you understand how shaming me is hurtful?”  Was another suggestion.

At first these suggestions seem like the perfect tools – fair, clear, and direct. I was jazzed and ready to lay down my newfound communication skills.

But when I spoke to the person who’d hurt me, I was charged with fear…. again.

Unlike those who easily errupt with anger, my tendency is to do almost anything to avoid conflict, sadly at the expense of myself.

The problem was the words my therapist gave me wouldn’t come out. My throat felt like a golf ball lodged inside. I had to cough and sputter and struggle to spit out the words.  And while the words eventually came out, I was left swimming in the feeling that nothing really got resolved. And, most importantly, I was still hurting.

And that’s the gap I’ve come to know where talk therapy just doesn’t fill. But luckily somatic work (work that allows you to release unconscious emotional blocks from your body) fills that gap.

Through somatic (somatic means “of the body”) work, I’ve learned, in order to express clear boundaries, it’s often about getting in touch with anger viscerally, without shutting it down or exploding into uncontrollable rage.

Next stop: My somatic practitioner.

I asked my somatic practitioner to help me work specifically on my jaw, where I felt I was holding my anger, preventing me from clearly expressing my boundaries. (As an aside, my pent up anger was also also affecting my sexual desire, no bueno!).

During my somatic session, before I could name any emotion, I felt heat surge through my neck and face.  A grimacing snarl moved into my mouth and I found myself baring both rows of my teeth and gums.  Relief washed over me as my grimace turn into a growl – this was exactly the physical catalyst I needed to unblock my healthy aggression.

When your body is subtly guided towards a satisfying release, like this feline snarl of mine that curled its way into my face, the body’s self-healing mechanism naturally kicks in and does it’s thing.

The next thing I know, I feel heat move into my legs and arms. I feel another release as my finger points distinctively in the air.

Before I had words for it, my practitioner says: “It looks like your finger is pointing in disgust.”

Ah yes! Disgust, exactly! When she named what she was seeing it validated what the thing I didn’t have the words for.

It’s a total and utter rejection of what you’ve swallowed, knowingly or unknowingly.

The thing is, I was taught… possibly like many of us, that expressing anger is “ugly”. I was often reminded that “people” will only want to be around me if I’m happy and pleasant.

Expressing anger somehow got translated as risking losing those who I love, and this block in my body was amputating my primal sense of sovereignty over my voice.

My body’s self-healing mechanism was in fact doing it’s thing. I was literally rejecting all the times I’d swallowed my anger.

As it turned out, disgust empowered me by helping me dislodge the fear I had with expressing my boundaries.

But the thing is, disgust isn’t always about the perpetrator, or the person who’s poking at the tender and ancient mollusk-like wound that’s already inside. Try as you might, trying to change the perpetrator is a tall order.

Our only option for real change is to change ourselves.

My experience has been over and over again that the answers are all inside of ourselves.  Practitioners and therapists are helpful in having an eye and ear outside of our own situation, but ultimately the answers we seek are inside.

Third Stop: Getting clear from the inside out.

To help my mind catch up with my body’s self-regulating, I did one of my favorite practices: vocalizing yes and no out loud for over an hour with my eyes closed. Suddenly all of the ways I wanted to set up boundaries for myself became crystal clear.

Yes, to my voice.

Yes, I will stand up to those who interrupt me, cut off or redirect the conversation when I haven’t finished speaking.

No, to those who are blind because they’re wrapped up in their own pain.

Yes, I will stand up to criticism.

No, to swallowing my shame in silence.

Yes, I will stand up to being bullied.

No, to explaining or trying to help the other person understand my pain.  “It’s not ok” is enough.

What I realized in this final step about boundary-making was profound.  I kept on repeating yes and no outloud to myself, and something else became clear.

As I pictured the person whose behavior I was saying “no” to, my “no”: wasn’t angry at all. Instead, it was gentle. It was a “no” that was full of love for this person, who didn’t know how to be when they turned their shame onto me.

It was a ‘no’ that had an grandmother’s voice, full of mothering love raining down on a child who didn’t know the difference between hot and cold, destructive or constructive, cruel or kind.  A loving “Ah child, no no no no no. Tsk tsk tsk tsk. No, no, no, no, no.”  was all that’s needed from me to ease both myself and the perpetrator out of pain and into clarity.

It made me see that harnessing rage to find clarity for righteous action needs a soothing love. We might say coeur (french for heart) + rage (healthy aggression) = a loving no.

So the next time you fumble and finagle for the ‘right’ words to set up your boundaries, you might also consider putting a dash of heart into your heated no to ease your fear of speaking up.

I’ve given this experiment a try already several times myself: no angst, no golf-balls in my throat and no push back from my boundaries.

And as Brene Brown says in her new book “Braving the Wilderness” :

“Opting out of speaking out because we may get criticized is the definition of privilege.”  And who wants to be speechless in the urgent times we’re in?

Would love to hear if you try this out.  And if you want to try some of the practices I’ve mentioned here, they’re available in my Passion Guide.