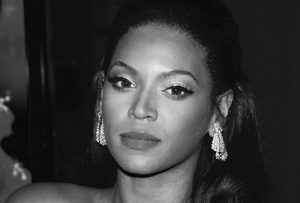 Let me get a few things out the way first.

Number One: I love the fact that Beyonce doesn’t define her worth by her lover’s betrayal.

Number Two: I love that she doesn’t question or deny her love for Jay-Z even though she’s been hurt by his dishonesty. Love is grand, but not always pleasant. And as she says, “When you lie to me, you lie to yourself.”

Number Three: I love how Beyonce acknowledges the generations of men and women who’ve equally suffered from betrayal. Healing the pattern of betrayal is deep. It involves healing history.

Number Four: I love that she names how grief heightens orgasm. This is something I’ve experienced myself, and thought about a lot. A heightened state of emotion running through your body also makes you feel physical desire and sensation more strongly. When grief bubbles to the surface during sex, it converts into a fiery passion that heightens orgasm. I love how our emotional bodies and sensual bodies are intricately designed to heal ourselves.

But what I really want to get to is this: What moved me the most was how the entire video evokes the complex layers of healing in the wake of any betrayal.

Instead of making a statement about the rights and wrongs of infidelity, Beyonce exposes her own vulnerability in facing this one question:

After betrayal, how do you trust again?

Beyonce sings her heart, raps out poetry, constantly morphs through visual collages, and transmits thirteen emotional stages of her healing journey through betrayal. These stages are in chronological order according to her personal story:

The stage that brought tears to my eyes was forgiveness.

Forgiving is probably the most poignant thing a human heart can do. Not because it’s about letting the betrayer off the hook, but because forgiveness is really all about freeing ourselves from the tainted pain of the past.

Or as Oprah says, “Forgiveness is about letting go of wishing that the past was any different.”

But in my experience, even if you want to forgive so that you can move on and free yourself, forgiveness isn’t always as simple as just making a decision. In your mind, you may decide to forgive someone, but you still may feel a tug of sadness, a twinge of hate or a seething anger.

Forgiveness is not always easy. At times, it feels more painful than the wound we suffered, to forgive the one that inflicted it. And yet, there is no peace without forgiveness.
-Marianne Williamson

I bow down to Beyonce’s “Lemonade” because it artistically shows that you can not skip over the stages of healing emotionally before arriving at forgiveness. The human heart needs to go through the journey to unlock the layers of emotion through our bodies.

Grief and rage are cousins. They snake between each other erupting with volcanic force. Grief swells like the ocean dredging up the old pains from the ocean floor and spewing them out to expose the debris. When you truly grieve, it’s part of that deep letting go of all the painful debris of the past, not just the immediate past.

It takes courage to let go. It requires going into the bowels of rage to find your power again. Rage gives you the cojones to walk away, not just from the dynamic in a relationship that doesn’t hold mutual integrity and respect, but to have the gumption to walk away from how you hoped your past or future would be.

I can attest to failing to forgive when I skipped over these important emotional stages. I grieved the loss of a relationship and I tried to forgive, but I never went fully into my rage. Instead I skipped into ‘being friends’, wanting to keep a piece of love alive with my ex. Meanwhile, I was angry that I still loved a man who couldn’t be with me. I was angry that I had to let him go. I was angry that he wasn’t totally honest with me because he didn’t know how to be honest with himself. I was angry he moved on without saying good bye, and didn’t acknowledge the end of our relationship before skipping over into friend zone. I was angry at myself for giving my compassion, my understanding, my trust, and my courage to take a leap of faith, when his courage couldn’t match mine.

While I’d done countless exercises to try to forgive him and to forgive myself so I could move on, omitting the anger phase kept me stuck. Even though I was dating new men, every time I had an opportunity to get closer, an alarm in my body would go off that was stopping me from fully trusting in love. My mind would jump to “But remember what happened last time? What if it happens AGAIN?”. As much as I could tell myself that it wouldn’t happen again, the hurt was still alive in my body. If I could just reach forgiveness, I would be able to trust and open up to love again.

The fact is, rage gives you the courage to let go, and letting go helps you to forgive for real. Rage lets you balance out the energy of what feels good, right and true for yourself, regardless of how someone has behaved with you.

A couple of years later, I finally let myself be angry about this ex-relationship. I let this anger fuel me to amputate the idea that we were friends, when truly we were ex-lovers who never transitioned into friendship. And, at last, the forgiveness finally felt right. Anger gave me the conviction to let go of wanting things to be different by trying to keep a piece of the love alive through friendship. I needed that anger to help me let go. At last, there was no longer the energy of mistrust tied up in my ‘moving on.’ It felt like a complete re-calibration in being open to new relationships. I was finally free.

Whether love continues with the same person or a new person, the potency of each of these emotional stages can’t be underestimated.

Just like in Beyonce’s story, she had to have the balls to walk away without being “Sorry” before Jay-Z reconciled by “showing his scars.”