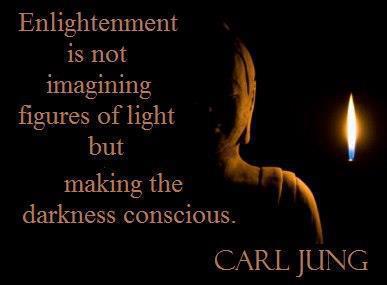 A big revelation for me was when I discovered a body-heart healing modality called Systemic Constellation (aka Family Constellations).

Through this work, I realized something mind-blowing.

I have trauma in my body? What?!

I had always related trauma to things like “living in a war zone” or “being held at gun-point”.

Never could I have imagined that my “feeling of being trapped” was the result of covering emotional pain, which translated as trauma in my body.

I mean, really. I was totally normal. (Right?!)

In systemic constellation work (AKA Family Constellation), without any thinking, analyzing or searching, I immediately felt an intense feeling in my body of shutting down for fear of “doing something wrong.” It was a feeling that I knew well, but I never had been able to have enough distance from it to see it for what it was, until I tried this work.

Having the space to feel it and know it without analyzing it freed me.

I started to see my monstrous self-consciousness, my fear of making mistakes, and my feeling of being trapped, was driven by the motherboard of all pains: Shame.

Specifically shame that I held around my sexuality.

I started to see how other things that I had considered as “just the way things are” were far from a “healthy kind of normal.”

Here’s an example of the “unhealthy kind of normal” that naively penetrated deep into my being.

When I was 11 years old, on a family trip in Germany, my dad grumpily commented about being able to see the panty lines through a woman’s dress. The woman was walking in front of us, was wearing an all-white, knee-length, capped-sleeve dress, and yes, her panty lines were visible.

My sisters and I rolled our eyes that we had to live with that attitude. And my mother brushed it off. But I never realized until all these years later how this casual comment, not just from my father, and not just from men, but also from the women in my life, impacted me. I know my dad loves me, but this is clearly not a healthy kind of respect towards women’s bodies, and I innocently took it in as a universal truth.

This “unhealthy kind of normal” about sexuality penetrates deep in our world without us even realizing it.

I had been living in fear that if I showed any hint of ‘sexy’, or inadvertently dressed “the wrong way”, I could be violated, hurt, harmed. And that just felt normal to me. Until I could see it for what it was.

The power of this realization could never have been figured out in my mind; it took bypassing my brain to see the dynamics that were living inside of me.

And having the clarity to make a choice in light of it.

2 Comments on Tap Into The Emotions Hidden In Your Body, Then Free Them